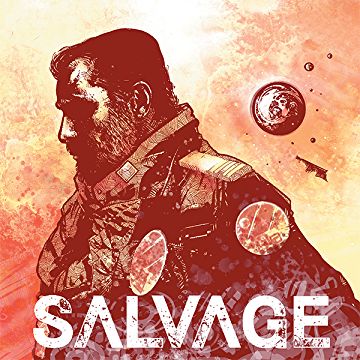 We’ve had word from FQP contributor Mike Lynch (most recently seen in Zarjaz working with Chris Askham on Judge Dredd- The Hold Out) that he’s got a new book from Markosia called Salvage that is available as of Wednesday 10th Jan.

Art on the book is by the astonishingly talented Neil McClements, who has also worked on a strip for FQP, but has also graced the screens via ACES Weekly.

While on a deep space mission the science ship Noland is caught in an ion storm. Adrift in space it is rescued by the crew of an old warship called the Ridley. Their relief is short-lived when they realise that most of the crew of the warship have been experimented on by the ships Doctor and turned into cybernetic monsters.

Good luck with the book, lads.

Update- Mike has just been nominated in the Irish Comic News Awards in the ‘Best Irish Writer published outside Ireland’ category. congrats Mike, but there is some hefty competition there!