Over at  the 2000 AD Online message board we are starting a new competition. Take a look and see if you are interested…

From the minds of writer Lee Robson  and Bryan Coyle; Babble is an original GN published by Com.X.

This link should cover all you need to know about getting hold of a copy for yourself.

On a personal note I can tell you that Lee has written more than 20 stories that I have published, and is one of the few writers I would consider capable of ‘writing to order’ when the need arises.  Bryan has completed over 100 pages of artwork for me and has proven himself time and again to be a ‘go to’ man for artwork.

Lee has been promoting the heck out of this for a while now, and I am writing this while my copy downloads from Comixology, I don’t doubt I’m in for a treat when I read this tonight.

Thanks to Artdroid Jake Lynch for this, and I couldn’t resist adding the SFX in the BG. Jake was last seen providing the awesome cover for the current Dogbreath 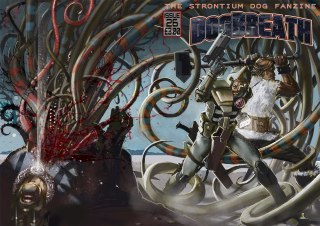 Originally appearing in Zarjaz 10 and 14, the Saga of FLESH reaches its conclusion in EXTINCTIONVILLE by MJ Howard and Chris Geary. Appearing soon in Zarjaz 17. 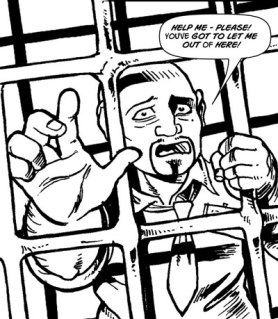 Coming soon to FQP, CAT NAP is by Lawrence Conquest and James Feist. What does that have to do with the image above? Well, that would be telling.

Coming soon to the pages of Zarjaz 17, Judge Dredd- All the Wrong Moves by James A Short and Alex Paterson. Zarjaz 17 is on sale in March 2013.

It’s time for this months release from the GCC archive. This month sees the release of Dogbreath 08 from the Dogbreath Archive.

And now, a word from Lee Robson and Bryan Coyle…

Carrie Hartnoll is a girl lost in a life going nowhere fast, until a chance encounter with an ex-boyfriend affords her the opportunity of a whole new career in Ivy League America, as part of a research team attempting to resurrect the language of Babel – a language, it is theorised, that can be understood by any human, from anywhere in the world.
As Carrie pieces together her fractured personal life, she becomes embroiled in the mystery surrounding the apparent suicide of the project’s original team leader, which propels her to uncover the horrific truth about the language and why it was written out of the history books…
Babble is an original graphic novel by Lee Robson and Bryan Coyle due to be published by Com.X in January 2013. You can pre-order it on-line via these links (http://www.babblecomic.com/where-to-buy/), or from comic shops now with the Previews order code OCT120971. Visit www.babblecomic.com for more info.
Thanks for reading, now here’s the Judge: 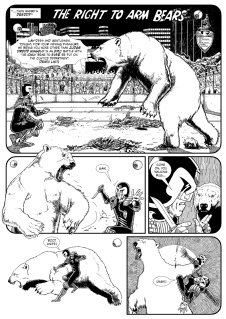 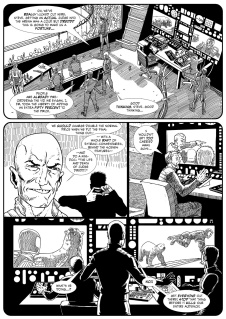 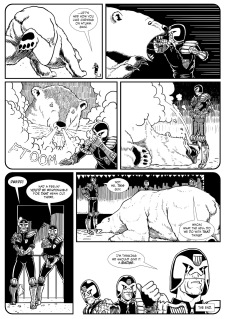 And finally a word from us all here at the Quaequam Blog:

Lee and Bryan are two of the longest serving members of the small press community we know, their professionalism with the craft is second to none, and their talent speaks for itself. Babble was originally commissioned by Insomnia before being picked up by Com.X, and we believe that when it is released we will all understand why.